Senior Substance Abuse: Do You Know the Signs? 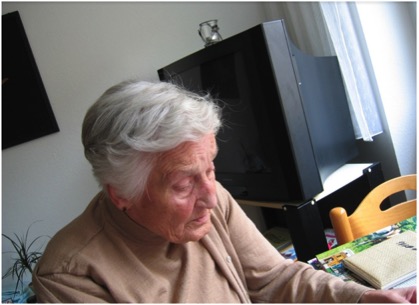 Identifying substance abuse among older adults isn’t always as easy as finding vodka in grandma’s water bottle or whiskey in Uncle Bill’s jug of apple cider. Because symptoms sometimes mimic other issues common in older adults like diabetes, dementia, or depression, it’s often difficult to identify. Left untreated, though, the consequences can be life threatening. Alcohol alone greatly increases the chance of stroke, dementia and other maladies. Combined with prescription medications or over-the-counter drugs, the results can be dangerous or even fatal.

Unfortunately, substance abuse among seniors is increasing at an alarming rate. Since 2002, high risk drinking has increased 65.2% for those over 65, and widowers the age of 75 have the highest rate of alcoholism in the U.S. The Wall Street Journal reports the percentage of older adults who misuse prescription medications is estimated to increase 100% from 2001 to 2020.

Consequently, it’s more important than ever to recognize the signs that your loved one has a substance abuse problem:

If you suspect that an aging family member or friend has a drug or drinking problem, talk to them. It’s then imperative that you share your concerns with their healthcare provider, who can determine if the substance use has developed into addiction. As Stephen Scheinthal, an osteopathic geriatric psychiatrist from Stratford, New Jersey, states, “If a person becomes hospitalized and the attending physician does not know his patient has a drug habit, he might prescribe medication to treat the patient for being restless or jittery, without realizing the patient actually is going through withdrawal symptoms.” Also, because prescription drugs and alcohol can be a dangerous combination, the healthcare professionals in your loved one’s life need to know the type and amount of medications being taken as well as the amount of alcohol they’re consuming.

With substance abuse worsening (as well as sometimes creating) many of the ills associated with aging, the greatest gift you can give your loved one is to be aware of the signs and to take appropriate action as needed. Their health, well-being, and golden years depend upon it.